When we first came up with the idea for all the sins, Sinéad and I were quite clear on one thing: that it should be a magazine that celebrated art in all its forms. Our hope was that artists might even join forces to collaborate on work that they would then submit to us, and we’ve been thrilled to see that happen.

One of the reasons for this is because art is a conversation; it is almost always responding to something, be that something we feel about the world around us or as an expression of other social and cultural experiences.

Which is why, for our next edition, we are delighted to bring you something a little different,  an actual conversation between two people – one of them me – working in different artistic forms to explore the similarities and variations between our work.

My partner in this conversation is a talented new potter called Steve Cook and as you’ll quickly see there are a surprising number of connections between the practice of writing and pottery.

One of those connections is the idea of leaving your mark on a piece of work. So, for issue 11, we’re calling on artists to do just that – those marks could be physical or hidden, intentional or otherwise, imperfections, or clues; they could be in your choice of form, or the way you tell a story through your work. Be as creative as you like, but, as always, we hope the following piece sparks inspiration.

Lisa: So, let’s start with a bit of background. Where does your interest in ceramics come from?

Steve: I’ve always been fascinated by bowls and have collected them for a long time. There’s something about the form. It has a utility, it’s not purely decorative. There’s also something tactile about a bowl that invites you to pick it up and how, in some, you can see traces of the artist through the finger or throwing marks. That fascination with the choice of form and the decisions an artist makes made me want to try it myself. What I’ve discovered is that to make a well-known form like a bowl is to engage with constraint. What I mean is that for it to be called a bowl it has to be an open form that stands by itself. Go too far and it becomes a plate, for example. But within that constraint, you can play with all kinds of interesting approaches. Constraint is an interesting way of enabling creativity.

Lisa: That’s true in writing as well. There are all sorts of examples of constraint – from form poetry, like sonnets and haikus, where you have strict rules about rhyme or metre or repetition – some of which have been passed down through centuries – to self-imposed constraints where the writer is pushing themselves to do something different and force that innovation. For example, in Les Revenentes, French novelist George Perec dispatches with all vowels except the letter ‘e’. What I’ve found interesting in talking to you about your work is just how many subtle connections there are between creating a ceramic form and writing. People might be surprised by that, but I think it’s something Edmund de Waal talks about very eloquently… 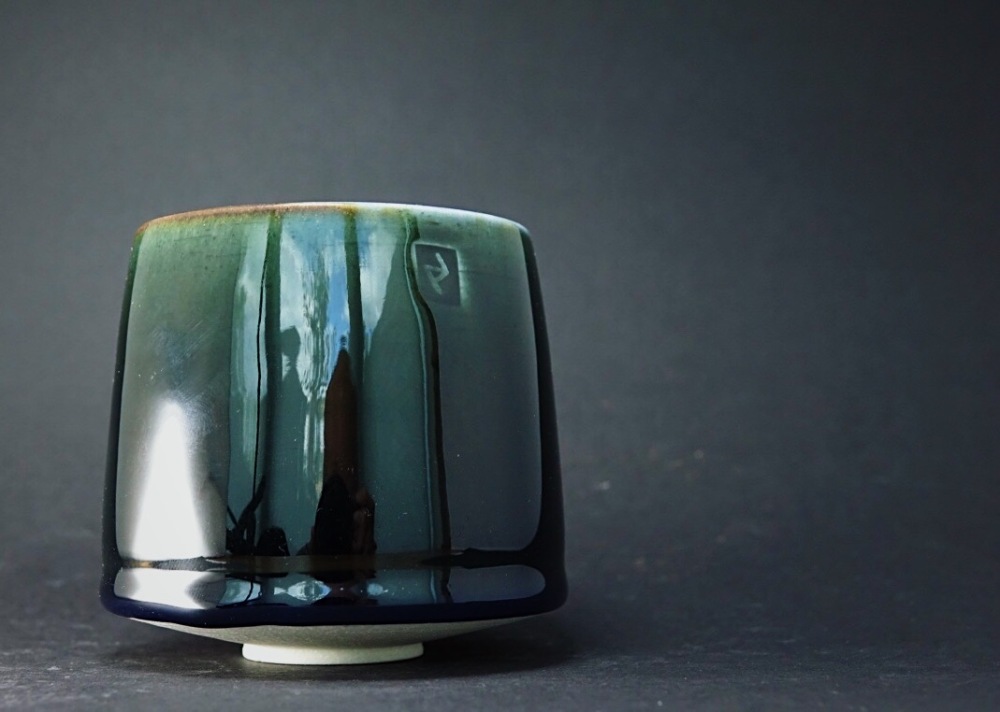 Steve: He does. There’s a strong link between his pottery and words; the arrangement of his pieces sometimes evokes sentences or phrases. He’s a writer as well as a ceramist, obviously, but he sees both as channels for telling stories. For instance, in his book The White Road, he describes each vessel as ‘a breath’ and asks himself ‘which story shall I tell?’ He goes on to talk about the ‘strong, unstable relationship’ between objects and storytelling and says, “When I write a phrase or a sentence…the writing has such a strong shape and weight to it that the act of writing feels close to making itself.”

Lisa: I’d not thought of writing as a conscious act of ‘making’ before, but I suppose a ball of clay might not be so dissimilar to a collection of ideas. Both have to be modelled and shaped and that shape could take all manner of forms – bowl, plate, villanelle, novel. A lot of writers – myself included – write to understand how they feel about things, but they also want to elicit a feeling in others. There’s the famous quote from the poet Robert Frost ‘no tears in the writer, no tears in the reader.’ Is there an equivalent in pottery?

Steve: I’m not sure what the intended outcome is in ceramics. Is an artist going for a purely aesthetic response, or something that is useful and just happens to be beautiful or is it about understanding something about the process by which the piece is made?

Lisa: I used to worry a lot about who was going to be reading my work and I’ve had to learn to put them to one side, to write for myself first before thinking about anyone else. Do you think about the intended recipient of your work or is it all about the process for you?

Steve: I certainly think about how the object will be used – usually in someone’s hands  –when I am making something. But there’s no doubt that the process is part of what I love about it. There’s something quite primal about turning a pile of mud into a refined form and it involves these basic processes, like heat and physical effort and the spinning of a wheel. Also, it requires a lot of patience, which is a great counterbalance to the pace of the rest of my life!

Lisa: That’s certainly true of writing. I can spend weeks trying to work out why a character isn’t doing what I want them to. The exertion tends to be more mental than physical, though, and I guess to an extent I’m in control. 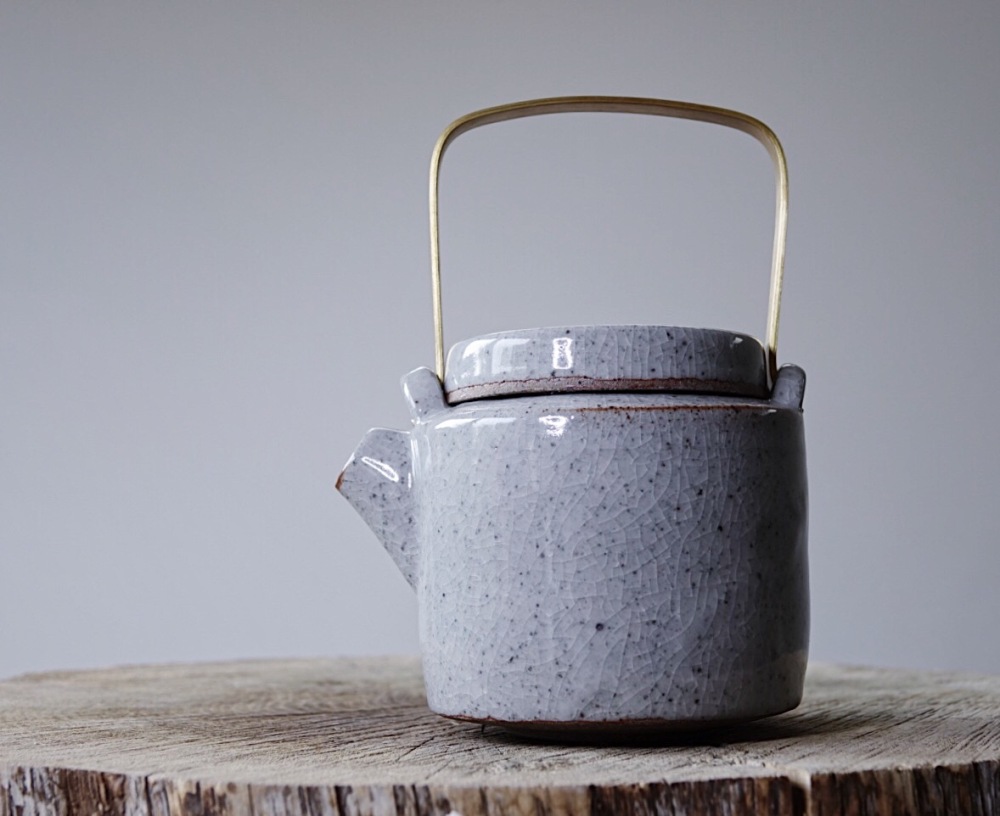 Steve: Control is an interesting concept in ceramics. There are so many stages to creating a pot and you can screw it up at any one of them. There’s no safe bit of the process where you can relax. But it’s deeper than that. It’s about making conscious decisions on the amount of control you want to have over the outcome – do you use pre-mixed, highly-repeatable glazes in an electric kiln, or do you go all out and use a wood-fired kiln where there’s a certain amount of serendipity involved in each outcome? And that leads you to questions about which version of that object is ‘good’. That balance between control and serendipity is a constant tension in my own work. It plays out for me in wanting absolute control over the form but being happy to have uncertainty and uniqueness in the surface through the glaze and the firing process.

Lisa: Am I right in thinking that the Japanese have a real reverence for this notion of imperfection?

Steve: I wouldn’t pretend to know a great deal about Japanese culture and tradition and, in fact, there is (rightly, I think) a significant backlash in the creative community where Japanese makers are challenging the superficial and uneducated appropriation of Japanese traditional language and ideas simply to add a certain to appeal to an object. But, having said that, I am drawn to what I understand of the ideas that some Japanese traditions have for the appreciation of rawness and imperfections that are, nevertheless, borne out of mastery of the process. For example, there’s an orangey-white, milky glaze they use called shino, which can create a dimpled orange peel effect – for some it’s an imperfection, for others it’s a sought-after outcome. It becomes like patina on a bit of brass.

Lisa: And there’s Kintsugi as well, where broken pottery is repaired with lacquer that is mixed with powered gold, silver or platinum?

Steve: Yes, although from what I understand it’s about more than just fixing something. Kintsugi is about memorialising the point in time when that object broke and tracing the lines of that event. It comes back to that balance between control and serendipity and how much of each do you want – do you leave the finger marks or not or do you erase any trace of the artist? It’s a conscious choice and it raises questions about whether you want to show someone a form or whether you’re trying to create something with a history, a story that is visible. 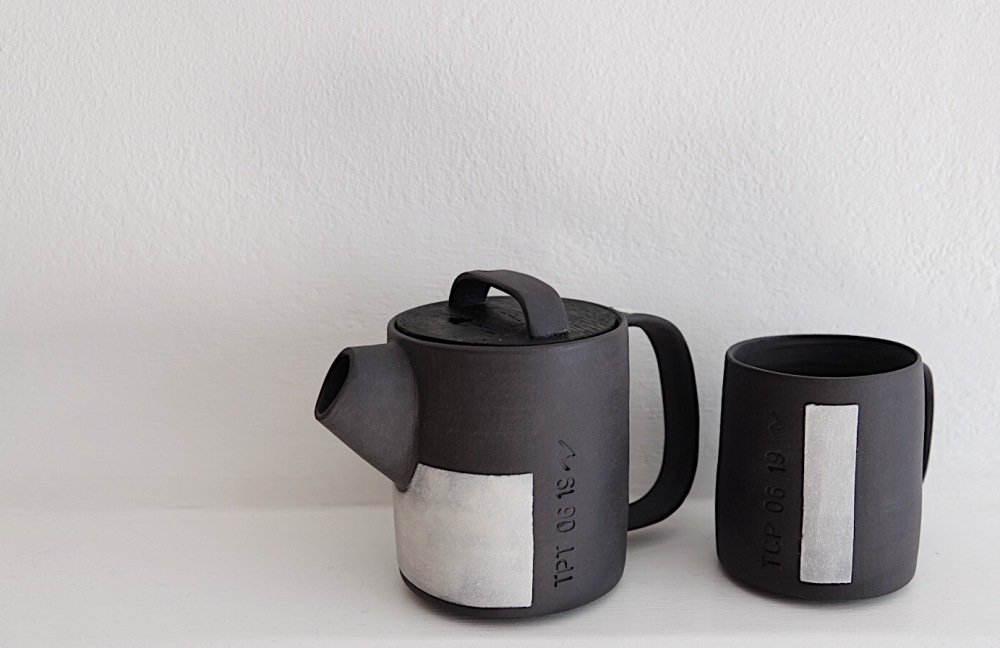 Lisa: Which brings us back, I think, to this connection between the making of an object and storytelling. How much do you show; how much do you imply? Ernest Hemingway talked about how you only ever see the tip of the iceberg in fiction, but there’s all this implied knowledge, just below the surface because the writer has created this whole world. It’s somehow hidden and yet visible at the same time. How much you show, and when, are conscious acts. Some of that is dictated by form. For instance, if you’re writing a murder mystery, at some point you’re probably going to have to reveal the killer, but some of it is about treating your reader with respect – knowing that you don’t have to explain everything to them. So often in writing what isn’t said is just as powerful as what is. Pottery doesn’t use words, obviously, but from the de Waal quote you mentioned, it seems that some ceramists do see their work as a kind of language…

Steve: I think that is true. There’s a great interview between Kenyan/British potter Magdalene Odundo and the Nigerian poet and novelist Ben Okri where they discuss what Odundo describes as ‘the potency of a clay pot.’ She says that, “What is beautiful about the pot is that it conveys a universal human language, that of spiritual utility and aesthetic.” And Okri points out that proverbs and traditional poems “constantly speak of human beings as being pots of god, pots of the universe, because we are vessels that receive the breath of life.” 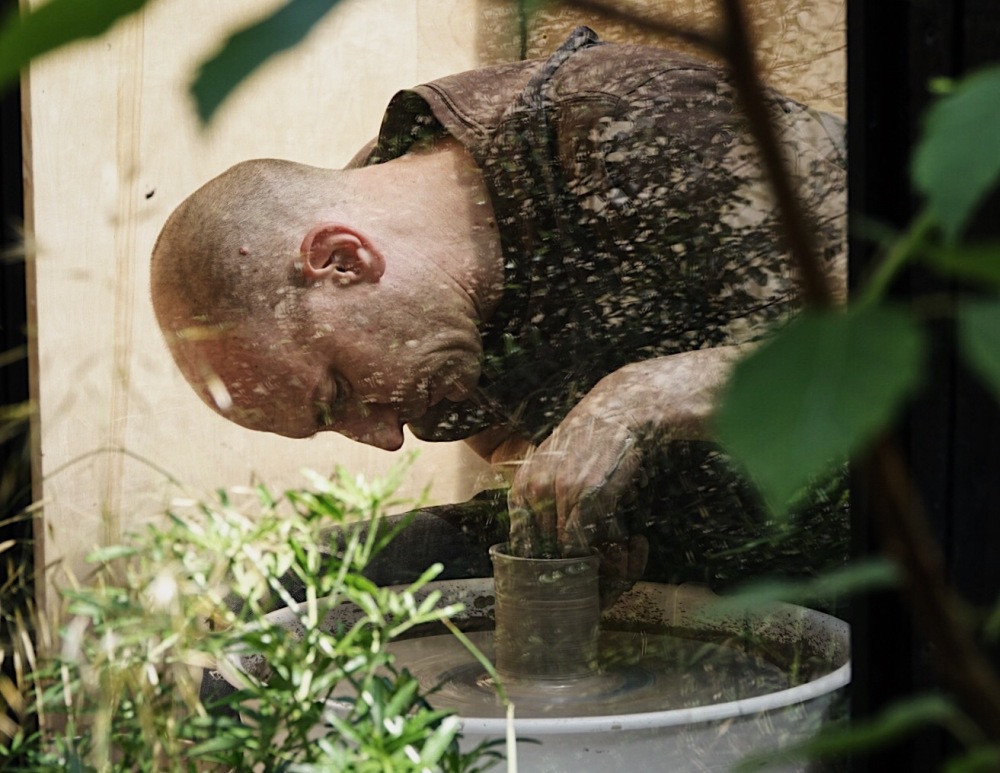 Steve: The same is true in pottery – it punishes people who are overly determined to be good at it quickly. You have to be totally zen about the process. There’s a book called Mastery, by George Leonard, and he says the journey to mastering any kind of skill isn’t linear. Rather, it’s a series of rapid spurts of progress, followed by long plateaus where it feels like nothing is getting better. The key is in getting comfortable working on those plateaus. That doesn’t mean not pushing yourself but learning to love every aspect of what you do. He’s an Aikido master so for him he loves the feeling of his feet on the mat or the smell of his uniform and that helps him enjoy the plateaus on days he’s not improving. In other words, he derives as much pleasure from the process as he does an outcome. I think that’s a good lesson for any artist, no matter their medium.