For Issue 8, we want our artists to go in search of meaning, to look for the hidden or unexpected implications in words and images that no one else has noticed, to mix their media in order to create new interpretations and different ways of seeing, hearing, experiencing.

To help inspire you, we spoke to Liam Herne, a British artist now living in Australia, who predominantly works with photographic media and video. A lot of Liam’s current work explores the way in which our meaning evolves when we share something via social media and how quickly we can lose control of our original intent.

In his ongoing project OTHERTONGUE, he also works collaboratively, drawing people in who might not normally find themselves engaged in art, encouraging them to create a whole new language of beautiful symbols that show just how slippery meaning can be.

It feels like your work is very much looking for meaning between the way we use images, symbols and words? What draws you to this subject?
I think I’m really interested in how when someone posts something online it can take on a life of its own and maybe snowball out of control, or be misconstrued. It fascinates me how someone can do something that others may see as trivial or inconsequential and it becomes viral and ends up being talked about on the national news. Or, a person could make a comment about something and it can create a massive furore or public outcry. Even when you send a text it can be completely taken out of context if you don’t add some emojis to spell out exactly how you’re feeling. We have to be really careful with our words and images, nowadays, in order to not offend others or tarnish our reputation or social standing, yet we have at our disposal a multitude of ways to express ourselves and communicate. So, I guess I’m interested in the art of communication and the perils associated with it in today’s social media-driven society. 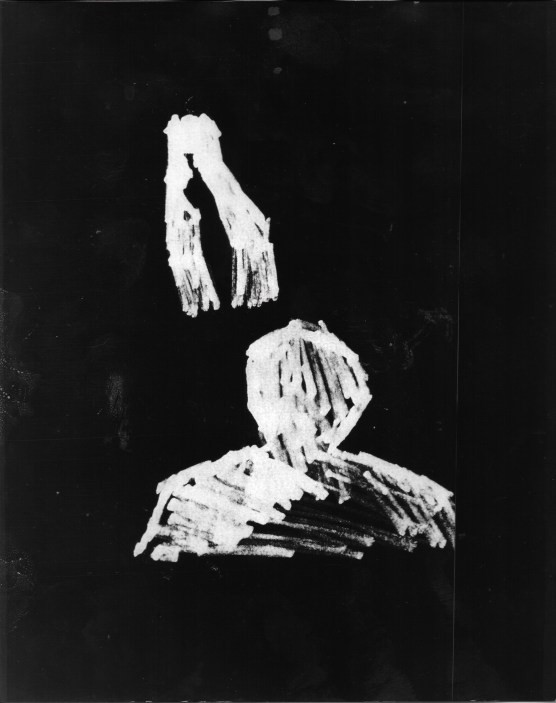 What we mean and how others interpret it don’t always match up – how important is that sense of dislocation in your own work?
The dislocation aspect is something that my work is centred around. The work is essentially me taking snippets or fragments of other’s output and presenting them in a neutral, or maybe quieter, context – away from the noise of the internet. I think that this gives viewers the chance to look at these posts, images or events in a different light and maybe interpret them differently. Without the re-contextualisation I don’t think the artwork holds up – it would essentially be me screen-shotting the internet.

The 24-hour news cycle has reduced so much of life down to the black and white soundbite, whereas your art seems to explore humanity’s grey areas. Have they always interested you?
I think when I first started making my work, it was very black and white and the meanings were very apparent. I soon learned that this was quite limiting and that the real joy in making art was the different reactions and readings that people found in it. We are constantly being told how to read a situation or event – this is terrible, this person is bad, these people are good. Imagine if we were just assigned a permanent personality type or character – this is what you are and how you will be seen for the rest of your life – it would be horrible. We are multi-faceted beings and actions and events that happen around us have lots of different sides and perspectives. I try my best to present things from a neutral perspective, so that they can be judged I guess more fairly, or maybe more rationally. I guess this could be the grey area, although ironically most of my work is presented in a black and white colour scheme. 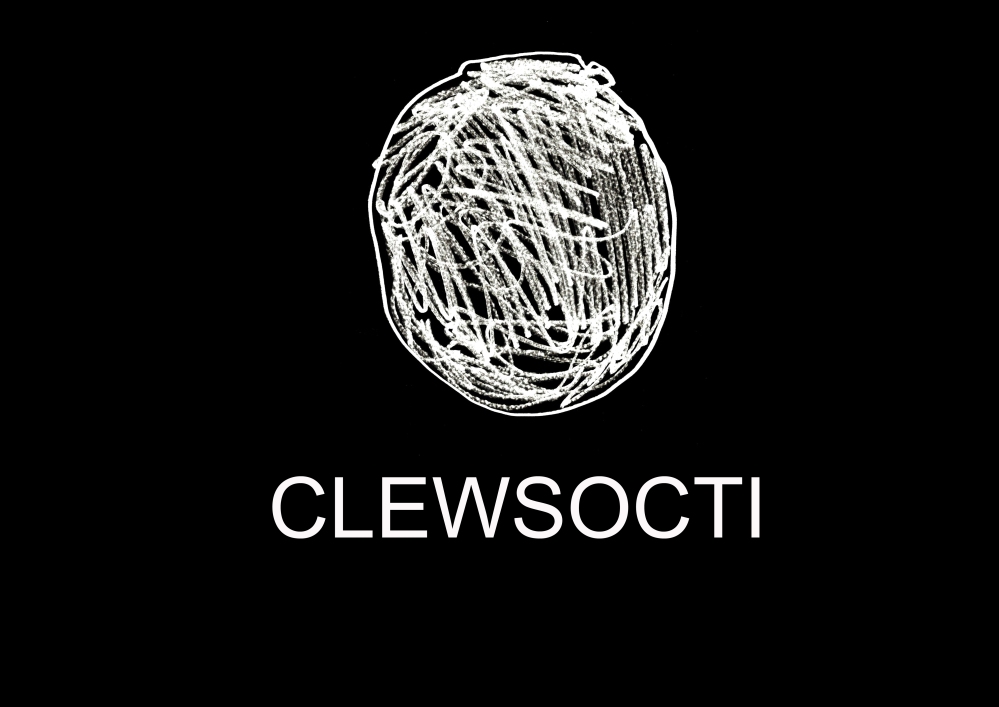 Your work in SELFLESS is particularly interesting because the selfie culture has allowed us to be both completely in control of our public image and yet entirely lacking in it over the way it is received. Is that tension something that you enjoy exploring?
Yes, I love the tension in SELFLESS. I love the contradiction of the selfie – the presentation of the self for everyone to see, yet probably not displaying anything about that person. I think whenever you take a selfie, or even paint or draw a picture of yourself, there is always some egotism at work. I find the selfie culture strange, although I know that I am a hypocrite as I used to make performance art and was asking for that same attention when I performed in the same way that someone does when they take a photo of themselves and post it online. Its the same aim, just through a different context. The whole of social media is a carefully curated gallery of what we want others to see and how we want to be seen. I think the scariest thing is that a misjudged picture or post from our past can come back to haunt us later on. I think social media is a tense place – there is always this underlying sense of something bad is about to be said or done. Its just interspersed with pictures of our pets and what we’re about to have for dinner.

What does identity mean to you as an artist?
Identity is something that’s really illusive for me, personally and professionally. Like I mentioned before we are all multi-faceted beings and have the potential to constantly change how we act, or what we do. I think we are all probably a bit confused about who we are – even if we say we are not. I always have that constant struggle of who I am and what I should be doing. Should I be doing more? Should I be doing more to promote myself as an artist? Is this even going anywhere? Am I neglecting my partner and daughter by working so much? I’m sure lots of people have these internal conflicts – artists as well as people in all walks of life. I guess the artwork I create becomes an identity of mine, but then I also worry about that, as if I suddenly want to make work that’s completely different to what I’m doing now, it might not be accepted as it’s not what I’m known for. That’s why moving to Australia was really great, as I could almost start again as an artist and build a new identity. 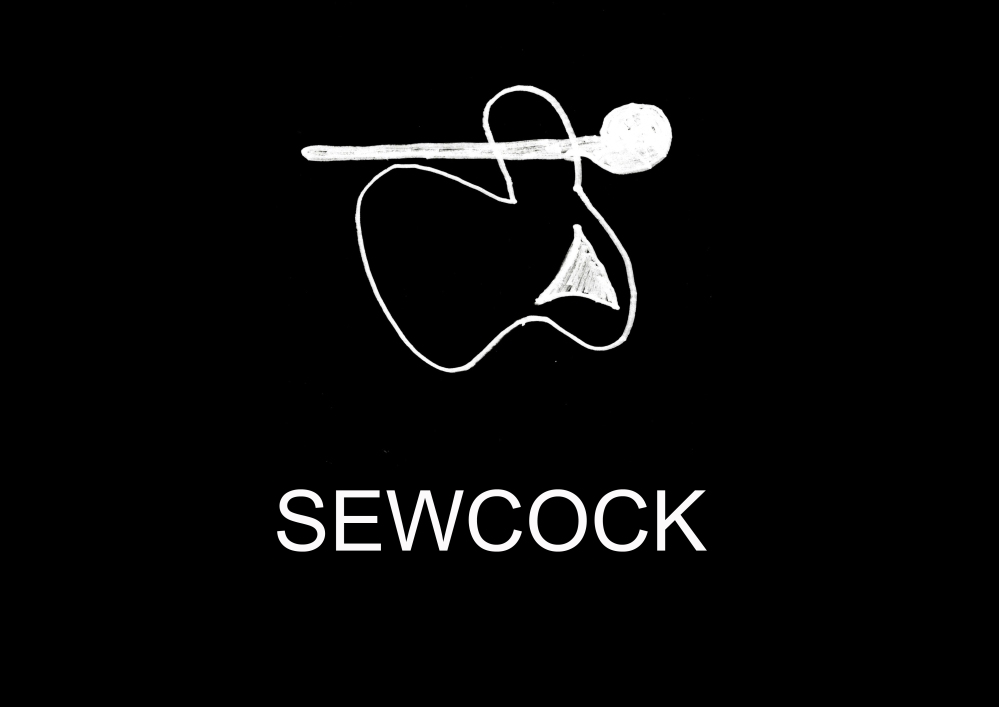 In OTHERTONGUE you actively sought participation from others – what were your hopes for the project?
OTHERTONGUE started as a project to keep me occupied during a residency at a place called House Conspiracy in Brisbane. I wanted to essentially create a new language as a response to the new words and slang terms created online. These new words seemed to be mainly aimed at the young and tech literate and no one ever really knows who they are created by. OTHERTONGUE is a language that people can take ownership of, as its made from collaboration and the contribution of people of all ages and backgrounds. I asked people to use their favourite words as inspiration for drawings, which then became symbols, which spawned words, which were then given definitions – at each stage different people were asked for their input. The project is hopefully going to be an ongoing thing – I have 100 words for OTHERTONGUE and I wish to make more – possibly using different processes, but still keeping it collaborative. I’m also interested in making stories and art using the symbology and words from OTHERTONGUE. I guess the ideal situation would be that it becomes a recognised language and used in popular culture.

Which was your favourite symbol/definition?
I think my favourite word changes depending on the relevance it has to my current situation. My current favourite, or the most relevant, is Yanninup as its the name for the period of time spent picking things up, because I’m always picking up my daughter’s toys off the floor. 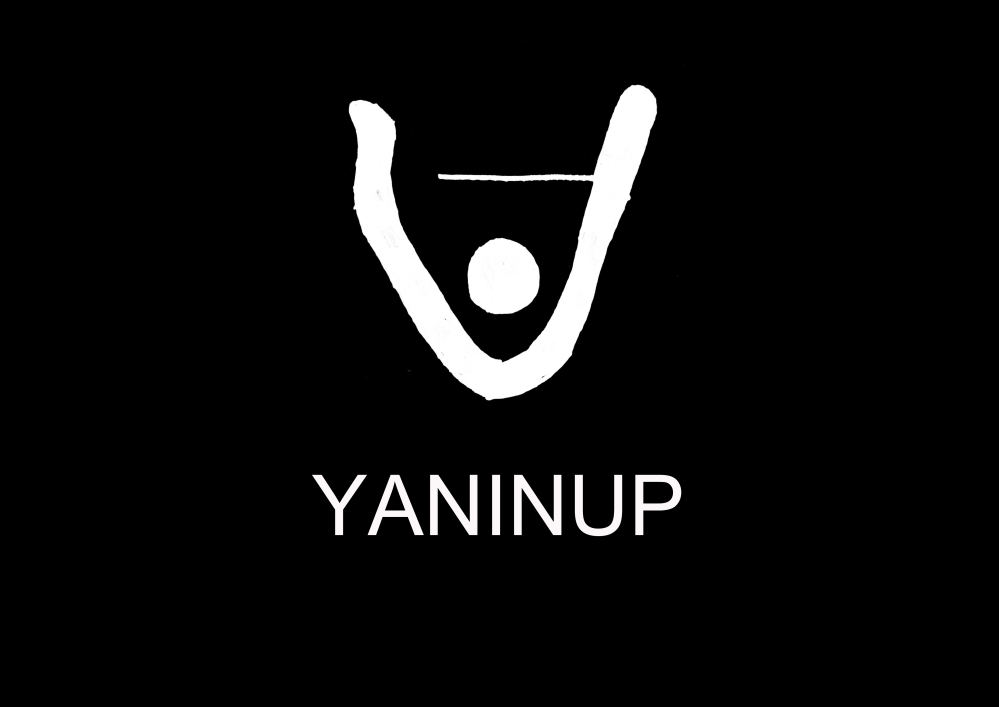 Your work seems to epitomise the notion that art is a collective act and a conversation – someone produces and another responds. What interests you about that collective process?
I like the collective process, as it gives the audience ownership of the work. I would say that a lot of people like that sense of belonging, or being part of a group, whether it be a Facebook group, or as a follower of a celebrity, or even a sports team, or social group. Art and creativity can use this, too. When I have people take part in my projects a lot of them comment on how they love that they get to take part and contribute. Some of the people that get involved don’t get a lot of chances to be creative and, so, its novel and refreshing for them. Also, I find that when the work has had lots of collaborators people are generally more interested in the content, as they want to see what everyone else has done, said or drawn – much like how we scroll through a social media feed to see what everyone else is up to. Even when my work is made without audience participation its about the internet and social media and so people can relate to it, as it exhibits behaviours and actions that they can recognise in themselves, or others they know.

Digital technology plays an important role in your work – what does it allow you to do/express that perhaps traditional forms on their own do not?
I think digital technology is great in the way it’s so quick to make something and then share it online within seconds. It has an immediacy that certain mediums don’t allow for. However a lot of my work is rooted in traditional art forms, but still inspired by digital technology. A lot of the SELFLESS images are made from selfies taken from the internet, which are then transferred to analogue images in the darkroom. I really like to mix the traditional and the digital as I think it creates more tension in the work. Both mediums have limitations. I love the tactile nature of media, like paint and collage, which you can’t get with digital artwork. However, screen-based work and digital photography has its own sheen and slickness. I try to produce something in the middle of the two.

Our submissions window is now open – it really helps us when artists follow our guidelines, so please take a moment to read them on our submissions page. The deadline is Thursday 21 June.

Visit Liam’s website to find out more about his work. Copyright for all images belongs to Liam Herne and we are grateful to him for allowing us to reproduce some of it here.