In her third piece for all the sins, guest writer and museum expert, Margaret Winikates takes us on a literary pilgrimage to explore why so many of us find our own creative synapses fired by the traces of greatness that lurk amongst the everyday items of our artistic heroes.

Jane Austen’s tiny octagonal table by the sitting room window. Henry Wadsworth Longfellow’s standing desk, overlooked by chalk portraits of his literary and political friends. Jack London’s collection of carved paddles and travel mementos. Lunch at Oxford’s Eagle and Child, in the echoes of J.R.R. Tolkien, C.S. Lewis and the Inklings. What is it that we gain from our literary pilgrimages?  How does walking the streets of Barcelona where Picasso spent his youth, or sitting in the gardens of Monet’s Giverny advance our own artistic quest?

A great many of us believe it does, otherwise cultural tourism would be a far lesser draw. Any travel section of a book store has easily a dozen books on tracing your favorite characters or authors through real-life locations. Walking tours, trails, and cultural districts do the same.

Chrysler Szarlan, in her 2014 article ‘“Drawing Inspiration from Literary Pilgrimages’ argued that we visit the houses of writers in order “find the magic”.

I believe the appeal of these kinds of pilgrimages lies in the intersection between authenticity and imagination, something Henry Wadsworth Longfellow explored in his poem ‘“A Gleam of Sunshine,’ in which he wrote:

This is the place.  Stand still, my steed,
Let me review the scene,
And summon from the shadowy Past
The forms that once have been.
The Past and Present here unite
Beneath Time’s flowing tide,
Like footprints hidden by a brook,
But seen on either side.

Museums, historic sites, and parks offer that key, a sense of reality overlain with possibility. The particularity of that place, the way the light shines through that window, the creak in that doorframe, each suggest that the sensitive visitor might catch those ‘forms that once have been,’ if they look or listen hard enough. 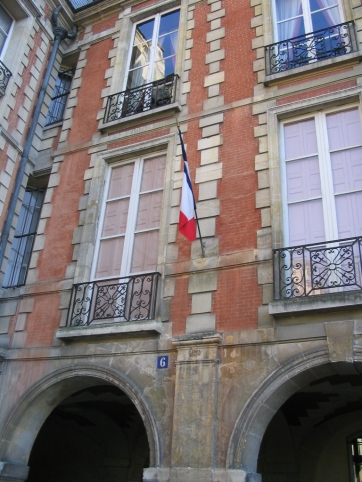 The outside of Victor Hugo’s apartment in Paris, photo by the author, 2005.  I remember being impressed that someone with such big imagination lived in such small quarters.

In my work in historic places, I’ve noticed that visitors always ask ‘how much of this is real?’ How much truly belonged to the poet, author, or artist? How close can we get to who they were as human beings? Because the idea that our artistic idols were themselves just regular people who dropped their shoes under the bed, needed a pillow to ease an aching back, or gave up a dinner invitation because they’d rather not leave their house when their lilacs were blooming, is its own enchantment. If these luminaries were as pedestrian in their daily lives and yet still accomplished what they did, perhaps we seekers will too. (And if we, the believers, can convince a tag-along partner to pick up a book and find something new in its pages, for having learned something of the human behind them, so much the better.)

“Anne’s” broken slate, in the upper bedroom at Green Gables Heritage Place, photo by the author, 2013.

The road from authenticity to inspiration is not always easily navigated. Not all visitors want an unvarnished experience; they’re not there to hear the less palatable truths about their idols, and some aren’t looking for the authors at all.  In places like Mark Twain’s boyhood home in Hannibal, Missouri, they have a difficult balancing act to maintain, interpreting Samuel Clemens the boy at the same time as depicting Tom Sawyer and Huckleberry Finn, as portrayed by Mark Twain the adult author.

Likewise, Green Gables Heritage Place on Prince Edward Island mostly tells the story of Lucy Maud Montgomery and her family, but has small ‘Easter eggs’ in some of the historic rooms for fans of Anne Shirley’s story to spot – from a broken slate in a bedroom, to a bottle of ‘raspberry cordial’ on a kitchen shelf. And Orchard House, home of the Alcott family, in Concord, Massachusetts, spends much of its interpreters’ energy on distinguishing the truth of the Alcott family individuals from the characters in Little Women whom most visitors feel that they already know. 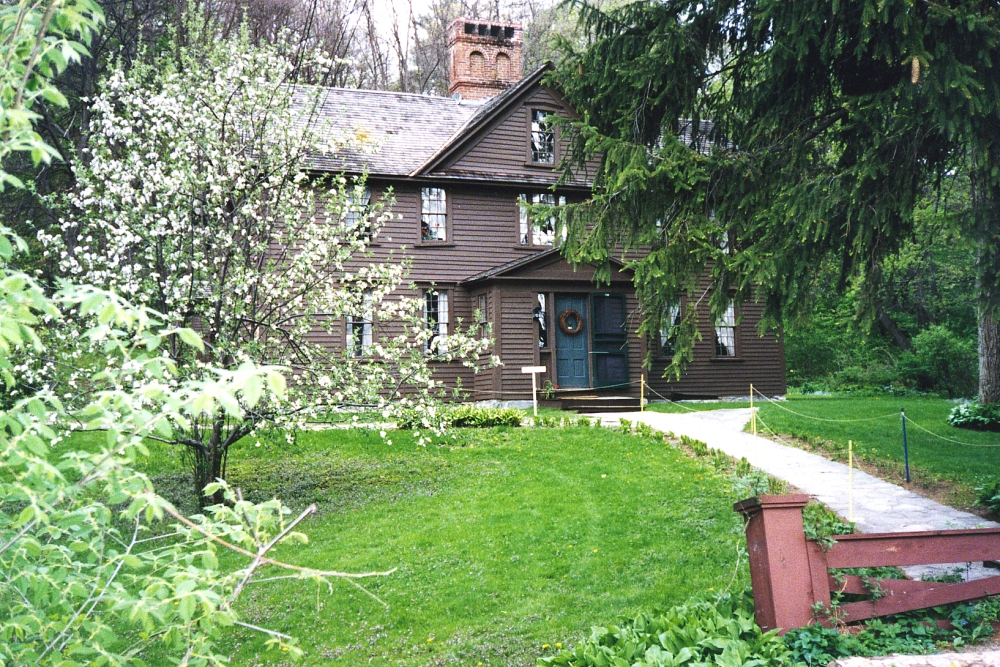 And what happens when the pursuit of perceived authenticity is too rigid, instead of lax? At Shakespeare’s Globe Theatre, recreated in London, artistic director Emma Rice announced she was stepping down next year after a row over whether the theatre is a place of entertainment or a heritage site. Writing in The Guardian in October 2016, Lyn Gardner suggested that “some of those on internal committees, donors to the original project and current benefactors think that Rice has strayed too far from the original mission with innovations involving architecture and the use of lighting and sound.”

In seeking to preserve the remnants of a bygone genius, do museums, theaters, and others in the cultural tourism field risk stifling today’s and tomorrow’s inspirations? Where does the ‘radical experiment’ end, and the status quo begin? Where is the balance point between preservation and creation?

Fortunately, there are museums that recognize that this tension exists, and are finding their own ways to reach that balance. In Amherst, Massachusetts, the Emily Dickinson Museum has been slowly restoring the house to more accurately resemble the building and grounds that the poet experienced. They’ve replanted the orchard with appropriate varieties of apples and pears. They’ve done several seasons of archaeology to uncover the foundations and inform the reconstruction of Dickinson’s much-loved greenhouse. They’ve also done a thorough restoration of the poet’s own bedroom, even analyzing wear patterns in the floor to determine the poet’s frequent walking paths and where rugs or reed mats lay.

In the middle of this preservation and restoration, the museum also invited a number of contemporary poets in to sit for an hour or two in the poet’s bedroom, and to write notes or poem drafts as they were sitting in the sunlight just as Dickinson did before them.  The resulting poems were collected into a short volume of poetry called A Mighty Room: A Collection of Poems Written in Emily Dickinson’s Bedroom (sadly not currently for sale online, but if you call the museum’s visitor center they may still have copies). The program was so successful that the museum is continuing it, opening Dickinson’s bedroom for ‘studio sessions’ a few days a week to interested writers and artists (pencils or laptops only, no paints or pens for conservation reasons).

As the latest stop on my literary pilgrimage, I recently spent a morning communing with 19th century Amherst and the echoes of Emily’s inhabitance there. It was an inspiring hour; I wrote essentially non-stop, about everything from capturing my experience in the moment, to pondering whether the denizens of the internet owe some of their ungrammatical punctuation and playful use of language to Dickinson’s slant rhymes and dashing line breaks. Would today’s introverted Emily be a Tumblr user, or would she still be writing on her scraps of paper, bound into hand-sewn booklets? I felt I had truly found that point that Longfellow reached for, where “Past and Present here unite,” and revelled in it.  There is an addictive quality to such an experience, however, and having found it once, I will surely search for it again. Perhaps a return to Tolkien’s haunts next? “For still there are so many places I have never seen; in every wood, in every spring, there is a different green.”